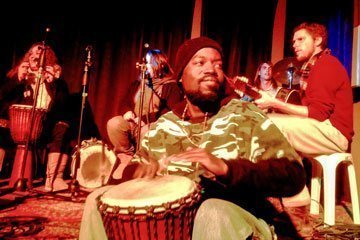 Envisioned by Gadi Lybrock, the Mitzpe Ramon Jazz Club, was established by Keshet in 2007, and has since become one of the Negev’s and Mitzpe Ramon’s mainstays. The Club began as a center for musical education and enrichment, but over the years has grown into a cultural institution of repute that draws not only Israeli […] 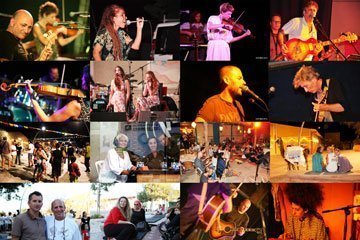 The Intimidbar Music Festival in Mitzpe Ramon is a joint intiative of Asi Zigdon and Gady Lybrock. It was created around the common vision of producing an intimate music festival in the heart of the desert. The first festival got underway in 2012 with the support of the Mitzpe Ramon Municipal Council. It received an […] 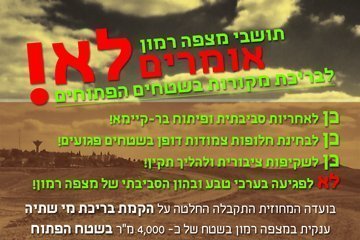 This campaign sought to mobilize Mitzpe Ramon’s citizens against the plan to construct a vast drinking-water reservoir on open desert land, in close proximity to the edge of the Ramon Crater. In 2016, Mekorot, the national water company, began to plan the construction of a vast reservoir on 4000 sq/m, with a capacity of 30,000 […] 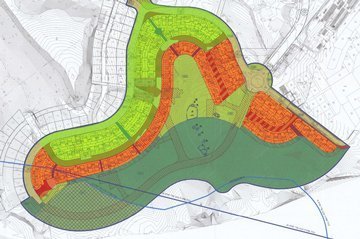 Keshet was at the center of a public campaign against a governmental plan to develop a new residential neighborhood on the edge of the Ramon Crater cliffs. The “Har Gamal” (Camel Hill) neighborhood is a product of the National Infrastructure Committee (NIC). The plan sought to provide rapid housing solutions for new immigrants that arrived […] 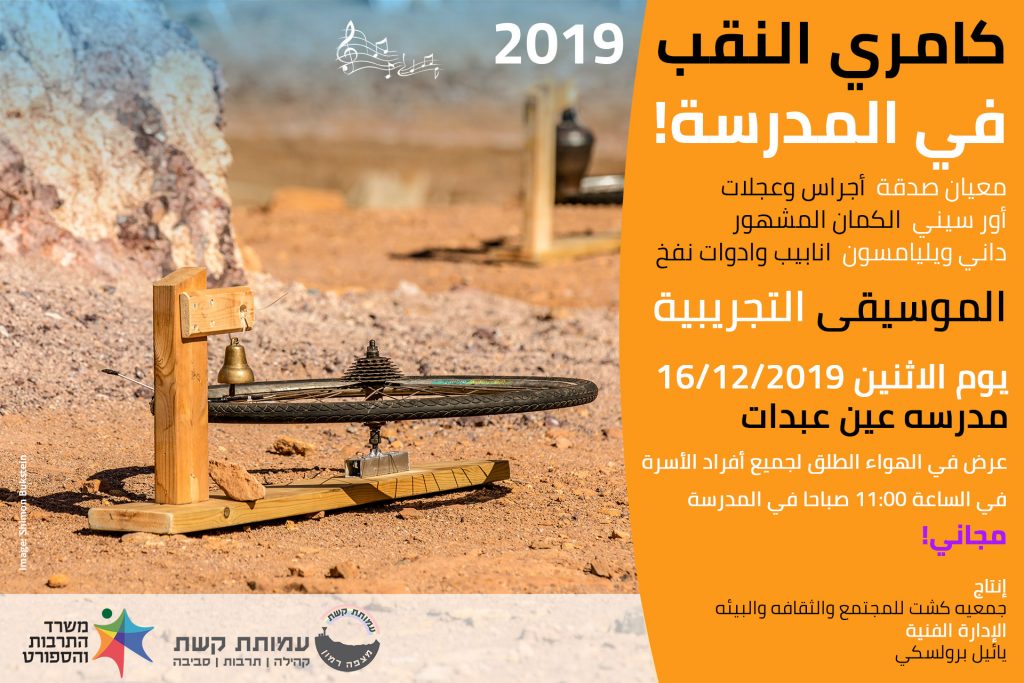 CameriNegev is a long–term project that brings world-class Israeli classical musicians to perform in Mitzpe Ramon and the Negev Highlands. The project was conceived and launched by Yael Barolski, an international violinist from Israel, who has managed since its inception. Dozens of concerts were held since 2015 till these days, to the delight of Mitzpe […] 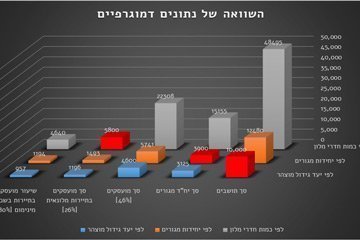 The new Master Plan for Mitzpe Ramon has been under development for more than a decade. Unfortunately, in its current form, it suffers from structural and programmatic errors that threaten to the strength and the social fabric of Mitzpe Ramon’s population at large. 2006 – Planning Kickoff Mitzpe Ramon’s new master plan was launched in […]

Mizpe Ramon is situated in the heart of a vast wild desert. It has significant residual influence on the desert environment, which is expressed, among other effects, in the slippage of garbage to the edge of town and into the desert. This causes both eyesores and biohazards. Due to budgetary and logistic constraints, the Municipal […] 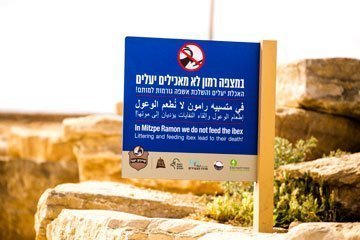 Mitzpe Ramon is an isolated urban settlement, completely surrounded by the natural, untamed desert. The town is adjacent to the Ramon Nature Reserve, in which a herd of about 200 Ibex roams free, while approaching and entering the urban area on a daily basis. The herd often consumes food from human sources – gardens, garbage […] 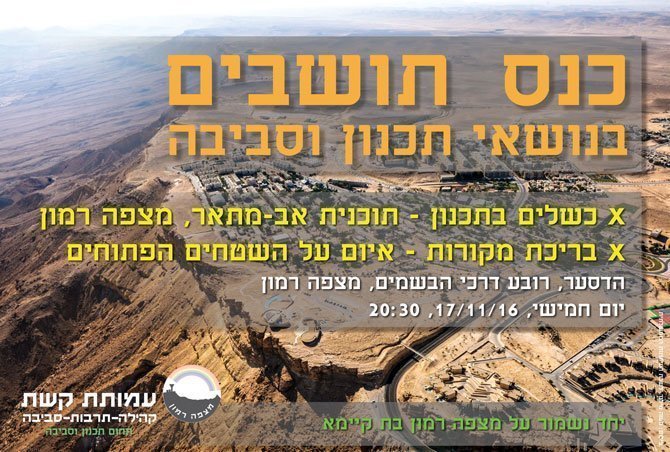 The Mitzpe Ramon Municipal Council, like many other local authorities in the country, shares only a minimal amount of planning information – of vital communal and ecological importance – with the public. To fill this information gap, Keshet periodically organizes civic assemblies in which it informs the public about impending building plans within the ‘blue […] 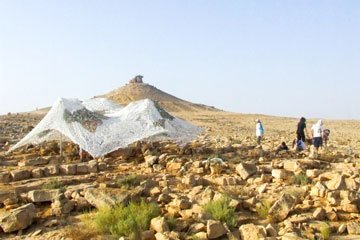 Camel Hill, a rock resembling a kneeling camel, surges prominently on the edge of the Crater, just south of the southern neighborhoods of Mizpe Ramon. At its foot, there is a fascinating archeological site. It was excavated and documented in the early 1990s, by Prof. Steve Rosen of Ben-Gurion University. The projected construction of the […]